The greatest event in the history of mankind was the death, burial, and resurrection of Jesus Christ. In Jesus, God stepped into the stream of human history and provided the solution for our greatest problem — sin. With such a momentous event, one would think there would be fore-shadowing of it in Scripture, and one would be right. There are prophecies of it and pictures of it throughout the Old Testament. The pictures of it are called types. A type is a divinely intended Old Testament person, event, or thing that has a corresponding New Testament person, event, or thing. Most types correspond to Jesus. Joseph is likely one of those types.

Joseph’s mission: The beloved of his father was sent to seek for his brothers.

Joseph’s reception: The beloved of the father was rejected by his brothers.

Joseph’s exaltation: The beloved of the father is worshipped by his brothers. 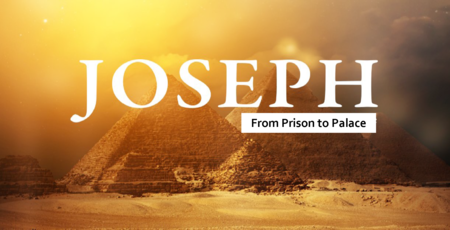 Joseph: From Prison to Palace

Joseph: From Prison to Palace
Genesis 42

God Is On The Move

Joseph: From Prison to Palace
Genesis 41