Citizens by The Book: Part I

Christians have a dual allegiance. “Our citizenship is in heaven” according to Philippians 3:20. Also, we are to “be subject for the Lord’s sake to every human institution” (1 Peter 2:13). Christians in the first century were falsely accused of being cannibals (“Take, eat, this is my Body”). They were also called atheists because they worshiped only one God. And, they were called traitors because they would not swear allegiance to the emperor. These false accusations made it even more important to respond properly to the ruling authorities.

What does a proper response look like? We will look at four of them found in the Bible: obey, pay, pray, and sway. Today we will focus on the first two responses.

The proper response to government will “put to silence the ignorance of foolish people” (1 Peter 2:15). 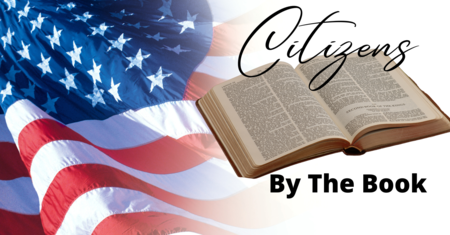 Citizens by the Book

Citizens by The Book: Part II

Citizens by The Book: Part I

"In God We Trust"